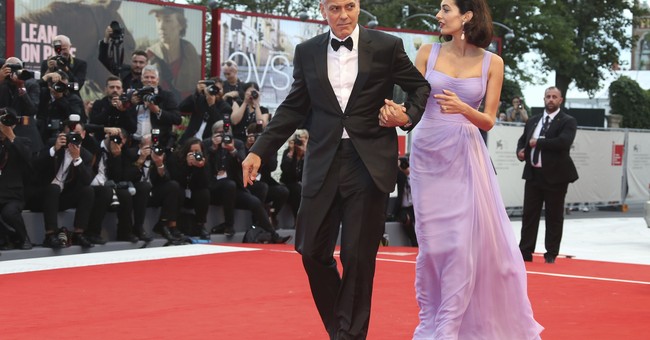 Actor George Clooney and his wife Amal are hosting a Yazidi refugee at their home in Augusta, Kentucky, The Hollywood Reporter revealed earlier this week. Clooney said that the refugee, who survived an ISIS attack in Mosul, Iraq, passed all security checks to get to the United States and is now studying at the University of Chicago. Clooney and his wife then took him into one of their homes, where he now lives.

George Clooney reveals a Yazidi refugee is living in his home https://t.co/iwYcfFafbd pic.twitter.com/mCXdqYMBbI

"He was on this bus to Mosul, and ISIS shot the two bus drivers and said, 'Anybody who wants to go to college, we will shoot them,' " says Clooney. "He survived and came to America. He got through all the checks, and once he got through those, it was like, 'Listen, we got your back. You want to get an education? You want to move your life forward? This is something that we can do.' "

The refugee is now a student at the University of Chicago.

The Yazidi are a small ethnic and religious minority that mostly live in northern Iraq. They have been the frequent target of ISIS (and past genocides by other groups in earlier centuries), who accuses the group of devil worship, among other things. Many Yazidi have been killed as they attempt to flee the country.

Good on the Clooneys for putting their money where their mouths are and actually taking in a vulnerable refugee into their home. The University of Chicago is no joke academically, and it's amazing that a Yazidi refugee is given the chance to attend such an incredible institution thanks to the Clooneys.