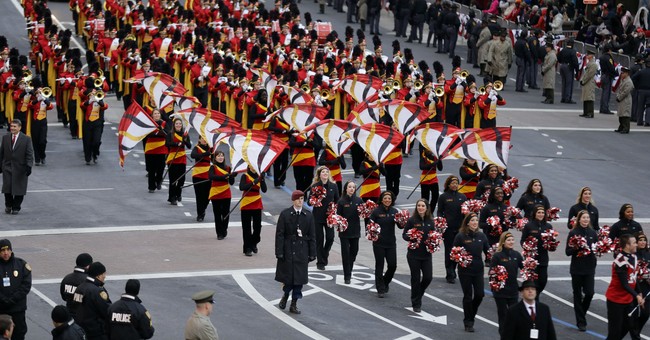 The University of Maryland's marching band will no longer play the state song "Maryland, My Maryland" out of concern that it is insensitive for sporting events. The song, which has been the official state song since 1939, was written during the Civil War. The University of Maryland is now reassessing the music played at games and will "evaluate" the state's song to see if it can be played again.

“As part of the university’s efforts to reaffirm our values as a campus community, we are assessing the songs that are played at Intercollegiate Athletic events. We are suspending the playing of “Maryland, My Maryland” to evaluate if it is consistent with the values of our institution at this time.”

To be fair, some of the lyrics in the song--particularly the last stanza's "She is not dead, nor deaf, nor dumb/Huzza! she spurns the Northern scum!/She breathes! she burns! she'll come! she'll come!/Maryland! My Maryland!"are indeed pretty questionable. Other lyrics refer to President Lincoln as a tyrant.

But at the end of the day, it's still the state song, and the University of Maryland is still the flagship university of the state. Next year, there will be legislative efforts to either change the lyrics or pick a new song entirely. It seems kind of silly to eschew the song, and it could create a slippery slope leading to other things being banned as well. Societal attitudes change, and what was once acceptable can suddenly become problematic. Hardly anything created in the early 20th century is going to be sufficiently "woke" by today's standards, and that doesn't mean that it should all be discarded.