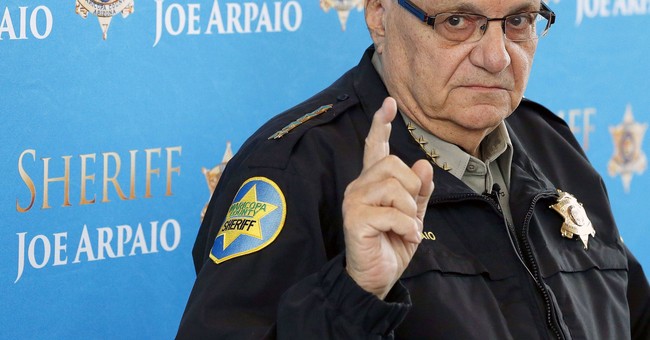 Sheriff Joe Arpaio, who was pardoned on Friday evening by President Donald Trump, has spoken out about his pardon on Twitter. Arpaio thanked Trump, and said that the whole conviction was a "witch hunt" by people from the Obama administration, and that he looks forward to putting everything behind him. He said he was "humbled and incredibly grateful" for the pardon, and that he wants to keep "helping to make America great again."

Thank you @realdonaldtrump for seeing my conviction for what it is: a political witch hunt by holdovers in the Obama justice department!

I am humbled and incredibly grateful to President Trump. I look fwd to putting this chapter behind me and helping to #MAGA

I also thank my loyal supporters, who stood shoulder to shoulder w/ me in this fight, and throughout my career. For those who are asking . .

Arpaio said that those who are looking to help could contribute to his legal costs and donating to his legal team.

..how they can con't to help, a donation to my Legal fund go directly to paying off legal fees from this fight https://t.co/wM6SDLLxEN

The Associated Press is also reporting that Arpaio said that he intends to stand by Trump throughout his presidency.

Arpaio was convicted on contempt charges in July.