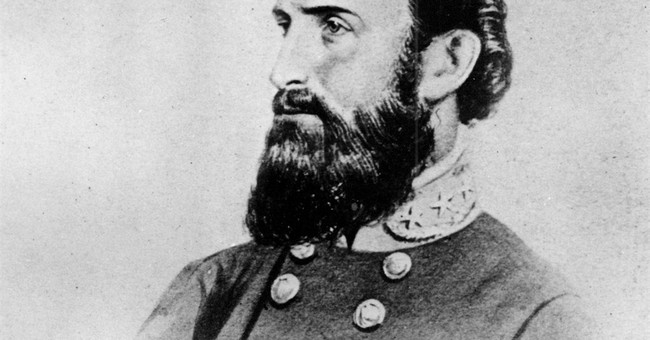 New York Gov. Andrew Cuomo (D) tweeted on Wednesday evening that Gens. Robert E. Lee and Stonewall Jackson will be removed from the CUNY Hall of Fame for Great Americans because "New York stands against racism." The Hall of Fame for Great Americans is located at Bronx Community College and was founded in 1900. There are 98 busts and plaques of various notable Americans displayed in the Hall, but this number will soon drop to 96.

Robert E. Lee and Stonewall Jackson will be removed from the CUNY hall of great Americans because New York stands against racism.

Cuomo followed up his tweet saying that the two former confederate generals were not worthy of a spot in the Hall.

There are many great Americans, many of them New Yorkers worthy of a spot in this great hall. These two confederates are not among them.

While it's obvious that Cuomo is riding the wave of anti-Confederacy fervor that has erupted in the last week, it does, however, beg the question as to what they were doing there in the first place. Why remove the busts just now? It's not like Jackson or Lee's past actions were recently uncovered a la Bill Cosby or Jimmy Savile--it was pretty clear in 1900 and 1955 where the two men came down on Southern secession, as well as what the implications of this fact entailed. How was it somehow not racist for the past 117ish years?

Further, why stop at Jackson and Lee? For instance, former Presidents Andrew Jackson and Thomas Jefferson are also present in the Hall, and they don't exactly have stellar records on human rights and human equality. Should we take them down as well? Historical figures are often complicated, and erasing them from view doesn't exactly seem like the right solution. Of course, the Hall is free to do as it wishes, but it's odd that it's taken this long to do something.

And of course, there's this:

New York is named after the head of a British slave-trading monopoly. https://t.co/edp3ZzYWyr