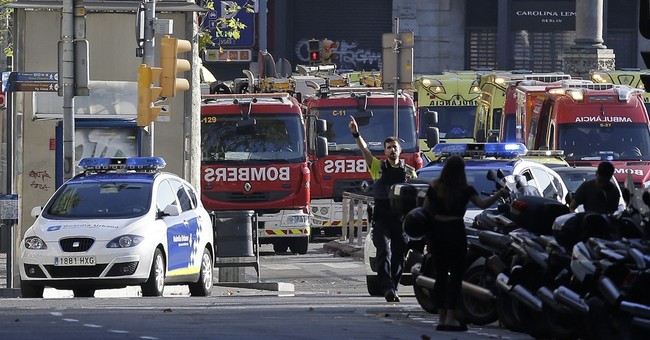 ISIS has claimed responsibility for the van attack in Barcelona earlier today that killed a dozen and injured at least 80 people. ISIS made the announcement through their Amaq news agency.

10. BREAKING: The Islamic State has claimed credit for the attack in Barcelona, via their Amaq News Agency: pic.twitter.com/fNE7gyOjhX

Security source to Amaq Agency: The perpetrators of the attack in #Barcelona are Islamic state soldiers and carried out the operation on command of Khilafah of targeting coalition countries

"Khilafah" refers to the Caliphate.

One of the suspects identified, Driss Oukabir, rented the van used in Thursday's attack. Oukabir is a Moroccan citizen and a permanent resident of Spain.

One of the men suspected, Driss Oukabir, claimed to have been in another town at the time of the attack, and claimed that someone had stolen his idenfitication cards. Police also suspect his brother may be involved.

ISIS was also behind similar truck attacks in Nice and Berlin last year. ISIS has been spreading information encouraging terrorists to commit attacks with motor vehicles.

This post has been updated with additional information regarding the suspect.