Bush 41 and 43 Issue Statement on Charlottesville 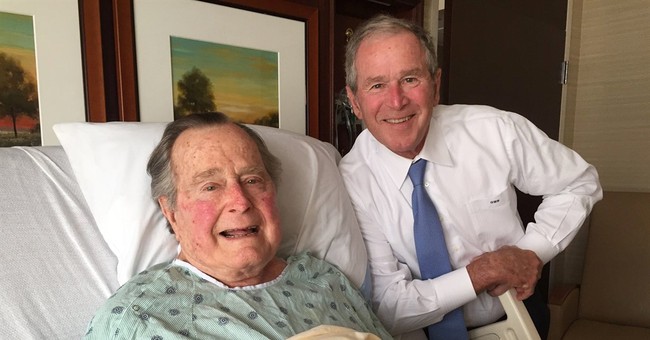 Former Presidents George H.W. Bush and George W. Bush released a joint statement on Wednesday condemning bigotry, hatred, and anti-Semitism in light of the events over the weekend in Charlottesville.

“America must always reject racial bigotry, anti-Semitism, and hatred in all forms. As we pray for Charlottesville, we are reminded of the fundamental truths recorded by that city’s most prominent citizen in the Declaration of Independence: we are all created equal and endowed by our Creator with unalienable rights. We know these truths to be everlasting because we have seen the decency and greatness of our country.”