Friday Fun: So It Turns Out Bernie Sanders and Larry David Are Related 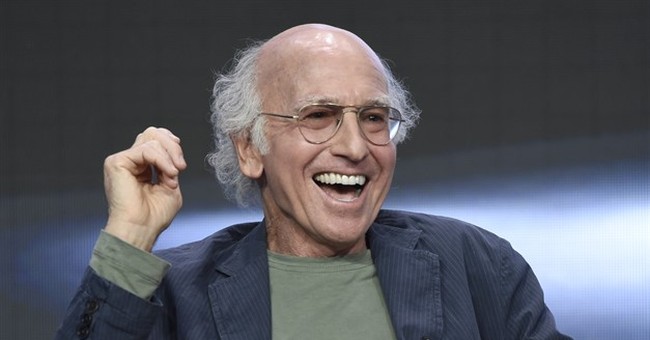 During the 2016 election, many people noticed that Sen. Bernie Sanders (I-VT), who was then running to be the Democratic nominee for president, and comedian Larry David bore more than a passing resemblance to each other. In fact, they were nearly doppelgangers.

Saturday Night Live noticed this as well, and that resulted in a handful of guest appearances by David playing the role of Sanders, and one utterly hilarious sketch titled "Bern Your Enthusiasm."

As it turns out, there's a reason why the two look so similar: they're third(ish) cousins. David made the discovery while he was appearing on the PBS show "Finding Your Roots," which traces the genealogy of celebrities. While David didn't specify exactly how close the relation was, other than "third cousin or something." He also said that he was "very happy" to discover his new relative, saying that he had a hunch they were related.

Sanders is a "third cousin or something," David told reporters at a Television Critics Association event on Wednesday. The comedian, who impersonated the senator on "Saturday Night Live" during the 2016 election, said he learned about the genealogical connection while filming an upcoming episode of the PBS series "Finding Your Roots."

"I was very happy about that," David said, according to Variety. "I thought there must have been some connection."

Granted, the two aren't exactly secret brothers or anything, but this is still rather amusing. Sanders doesn't appear to have made a comment about his newly-discovered relative.