Trump to Donate Second-Quarter Salary to Department of Education 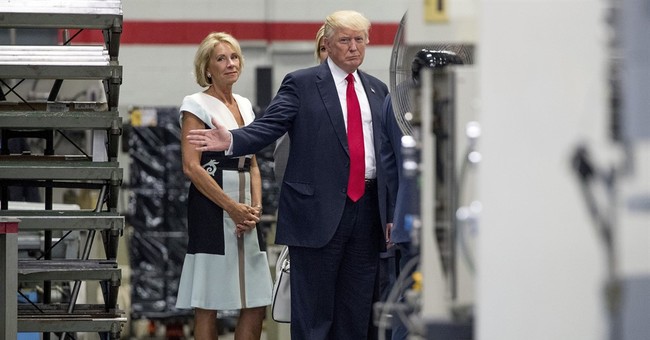 .@BetsyDeVosED: @POTUS' second quarter salary to "host a STEM-focused camp for kids at the Department of Education." https://t.co/zKzuYrWJdj pic.twitter.com/UOItSlFwFg

During his campaign, Trump said that he was not going to accept a presidential salary. When he was informed that this is not actually legal and that he has to accept some sort of compensation for his job, he then said that he would donate his salary each quarter to a different agency. Trump donated his first-quarter salary to the National Parks Service, where it will be used to restore and preserve Antietam Battlefield.