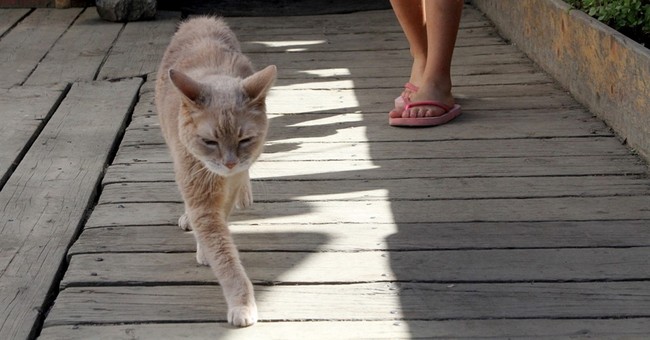 Some sad news to report from Talkeetna, Alaska: Stubbs, the feline "mayor" of the unincorporated census-designated place, passed away in his sleep on Friday the age of 20. Stubbs has "served" as the honorary mayor of Talkeetna since he was about three months old. He lived out his days at Nagley's General Store, which was also his "office." In addition to his duties as mayor, Stubbs also served as a significant tourist attraction.

20+ years. Several uncontested elections. Thousands of naps. We had a good run. #RIPStubbs

While the Associated Press reports that Stubbs was first elected as mayor due to a write-in campaign in 1997, this is disputed by NPR. Apparently, the small community has no actual mayor (feline or otherwise), and Stubbs was effectively "serving" as a sort of (presumably benevolent) mayor-for-life. Regardless of facts about how exactly he came to his post, Stubbs was a beloved figure in the town. According to a statement by his owners, towards the end of his life he made fewer and fewer public appearances, and was visibly tired.

Stubbs, who was named for his lack of tail, was also known for only drinking water out of wineglass with a piece of catnip. In 2013, he was attacked by a dog, and suffered a punctured lung, a fractured sternum, and several other injuries. He eventually made a full recovery and even announced a "candidacy" for Senate in 2014. During his life, he was profiled by CNN, BBC, Wall Street Journal, and Business Insider.

Denali, one of Stubbs' kitten siblings, is said to be next in line for the mayoral position.