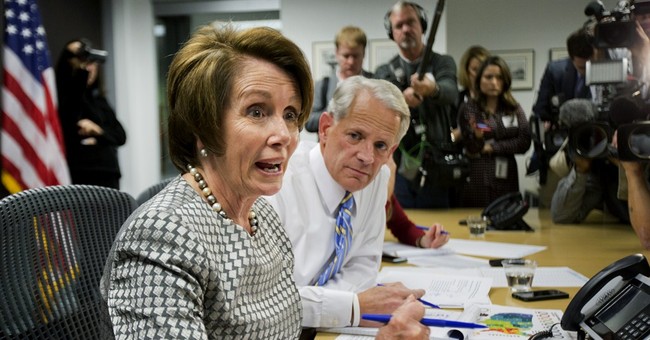 The Democrats are working on a re-brand following their near-spectacular collapse from the days when they controlled the entirety of the legislative and executive branches, and are set to officially unveil a new slogan for the 2018 elections: "A Better Deal: Better Skills, Better Jobs, Better Wages."

The slogan will be officially unveiled on Monday, per Vox's Jeff Stein.

If this sounds familiar, it's basically a rip-off of the tagline of the pizza chain Papa John's, which is "Better ingredients, better pizza."

They focus tested "better better better" for months and I guarantee you not one of them thought about Papa Johns like everyone is doing now.

While this is truly a terrible slogan, at least it's not anything the DNCC was toying around with at the beginning of the month. It's certainly better than "I mean, have you seen the other guys?" and "Make Congress blue again"--and at least it lays out actual policy goals and a reason to vote for the Democrats other than "we're not the Republicans." Better wages and better jobs are achievable concepts.

But golly, if this is the best they can come up with...they're likely to get more people to start inexplicably craving pizza than actually voting for their candidates.