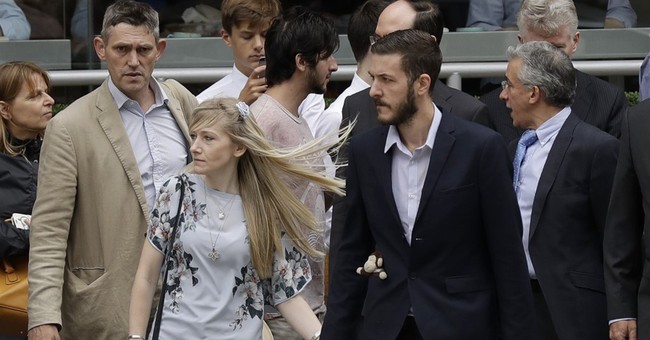 An American doctor will be permitted to assess Charlie Gard, the terminally-ill British baby whose parents seek to transport him to the United States for treatment. After a new hearing, a British judge will permit Dr. Michio Hirano to come to London and examine Charlie. Hirano raised doubts that Charlie's brain damage was severe as originally thought.

#URGENT: A British judge will allow US physician Michio Hirano to examine Charlie Gard in London early next week.

Charlie will be examined early next week, in London, by Dr. Michio Hirano, a neurologist at New York's Columbia University Medical Center. Hirano is developing an experimental therapy that has been used on at least one American patient with a similar but less severe mitochondrial disease. He specializes in myopathies and other neuromuscular diseases.

Charlie was born in August with mitochondrial DNA depletion syndrome, a progressive disease that causes muscle weakness and loss of motor skills, leaving those who have it unable to stand, walk, eat, talk and eventually breathe. Charlie will die from his illness, his doctors have said. (CNN)

This means that Charlie has been given yet another reprieve and will be permitted to live another week. In late June a court ruled that Charlie's parents would not be permitted to take their son to the United States for treatment, as doing so would be a violation of his human rights and would subject him to unnecessary suffering. The court also said that Charlie should be removed from life support, but has since issued several delays in the final removal.