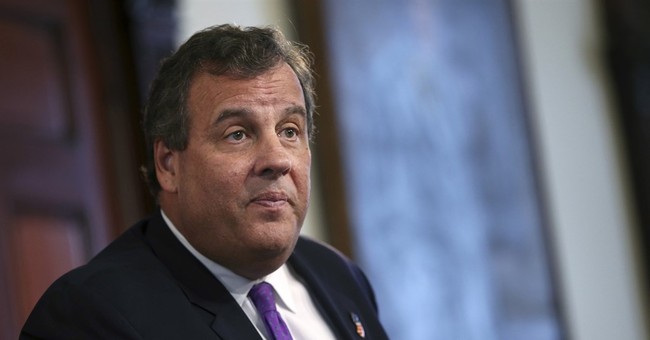 New Jersey Gov. Chris Christie (R) has reached a new low when it comes to approval ratings. A new Monmouth poll has him at just 15 percent approval in the state. A full 80 percent of New Jerseyans do not approve of Christie's job as governor. Even among Republicans, only 30 percent think Christie is doing a good job. Among Democrats, he has an approval rating of just seven percent.

Currently, just 15% of New Jersey adults approve of the job Christie is doing as governor while 80% disapprove. Only 30% of Christie's fellow Republicans give positive marks to his job performance, joining just 15% of independents and only 7% of Democrats who feel the same. Both the state legislature - 23% approve and 61% disapprove - and Pres. Donald Trump - 35% approve and 58% disapprove - garner better ratings than Christie. Monmouth's prior Christie rating was taken just over a year ago (27% approve and 63% disapprove in May 2016).

Further, more than half of people surveyed think that New Jersey is actually worse off due to Christie's leadership. This is a 14-point increase from this time last year. Only 14 percent of people polled feel as though Christie actually cares about governing New Jersey as opposed to furthering his own political future.

Additionally, Christie's beach trip to a closed-off beach amid the state's shutdown was spectacularly bad optics--the poll showed that people were overwhelmingly appalled by the photos of the governor on the beach, and the most commonly-used word was "disgusted."

Meanwhile on Monday, Christie subbed in for sports radio host Mike Francesa on WFAN, and called a caller a communist.