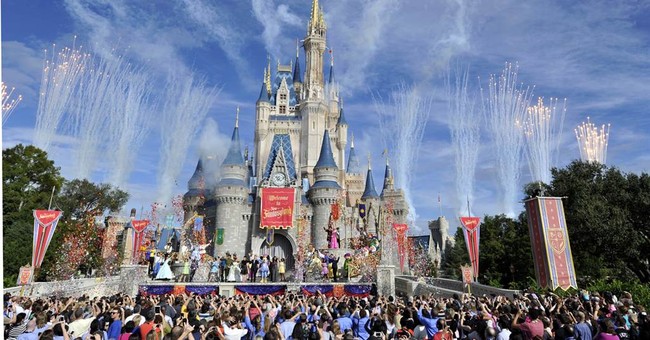 In what is shaping up to be one of the odder stories regarding the Trump presidency, VICE has retracted two stories related to President Donald Trump's audio-animatronic presence in the Walt Disney World attraction "Hall of Presidents." The two pulled stories alleged that there was some kind of an internal dispute among Disney executives regarding Trump's role in the revamped version of Hall of Presidents, with a source at Disney claiming that the Trump White House wanted complete control over the script of the attraction and was not dodging requests to set up a time to actually record the speech.

The URLs for the now-retracted articles now have the following message:

A Note from Motherboard Editorial

After a thorough investigation into the sourcing of two stories, "Here's the Secret Backstage Trump Drama at Walt Disney World's Hall of Presidents" and "Behind the Scenes of Disney's Donald Trump 'Hall of Presidents' Installation", and the identification of several factual errors, we have decided to retract both pieces. We are conducting a full editorial review to pinpoint how this source was vetted, and how these stories were approved and published in violation of our usual editorial workflow. We fell short of our standards, and regret the error.

After VICE published "Behind the Scenes of Disney's Donald Trump 'Hall of Presidents' Installation," earlier this week, Disney issued a statement refuting the article and confirming that Trump will indeed have a speaking role. Further, the statement confirmed that Trump has indeed scheduled a recording session to record his piece for the attraction, contrary to the allegations in the VICE article.

Well, glad that's cleared up. I also hope to God that this is the last thing I have to write about the Hall of Presidents until the attraction finally re-opens later this year. Trump won the presidency fair and square--sorry, left-leaning Disney fans.