Maxine Waters Suggests Trump Should Be Dragged To Impeachment 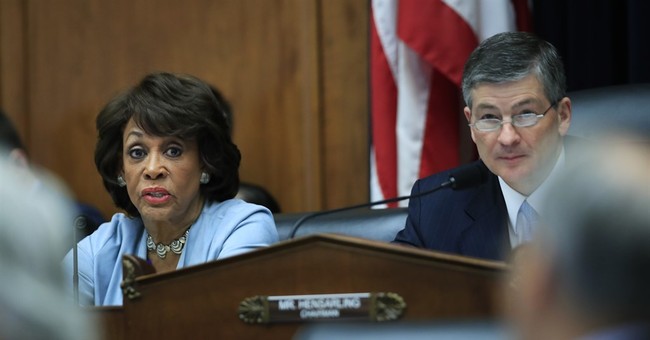 Rep. Maxine Waters (D-CA) still can't get over the fact that Donald Trump is president, and boy is she still convinced that he's going to be impeached. On ?Friday, she suggested that Trump should be dragged down the hall of Congress to his impeachment.

Instead of disabled people in wheelchairs, the only person who should be dragged anywhere is Trump - down the hall, to impeachment.

Waters has been beating the drum for Trump's impeachment since before he was sworn in as president. Unfortunately for her, Trump still hasn't actually committed an impeachable offense and is not in the midst of impeachment hearings. Trump will be the president for the foreseeable future.

Just give it a rest, really.