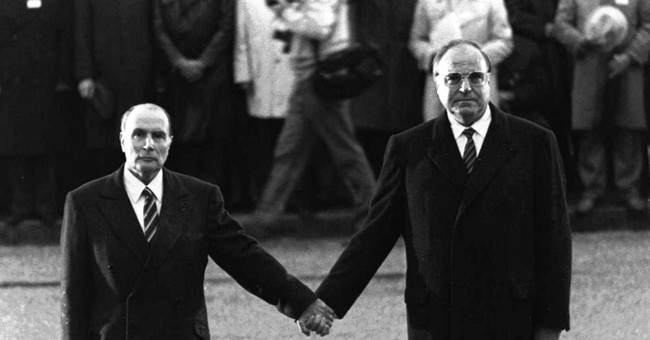 Former German Chancellor Helmut Kohl passed away on Friday at the age of 87 at his home in Ludwigshafen. Kohl was chancellor of Germany from 1982 until 1998, and was the leader of the Christian Democrats. During his time as chancellor, he oversaw the reunification of West Germany and East Germany.

Helmut Kohl, the chancellor credited with German reunification, has died at 87. https://t.co/3kvt3rNygG

Herewith the statement by President @GeorgeHWBush on the passing of former German Chancellor Helmut Kohl. pic.twitter.com/ew5pGmqIy0

Others called Kohl a "visionary."

We are saddened by passing of Helmut Kohl, Chancellor of #Germany (1982 to 1998) during #German reunification + true European visionary pic.twitter.com/K0RMo9s6mm

EU flags in Brussels are already at half-mast in memory of Kohl.