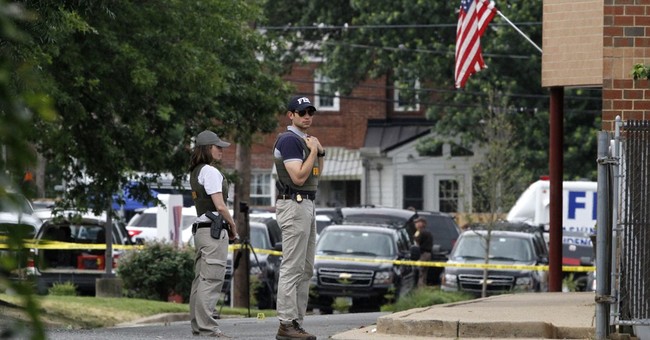 Here's a blistering-hot take on the attempted assassination of House Majority Whip Steve Scalise (R-LA): Scalise is a bigoted homophobe who owes his life to a queer black woman.

One of the police officers on Scalise's security detail, Crystal Griner, is an African-American woman who is married to another woman. Scalise, in the past, has been vocal against gay marriage.

At the end of the day...so what? What matters is that Griner, and fellow officer David Bailey, are alive and were able to neutralize the person who was trying to kill the person they were assigned to protect. Had they not been there, it's likely that multiple people would have been shot and killed. They're heroes, and should be honored as such. It's not as though Scalise isn't grateful for their service.

This is just trying to spread pointless controversy during a time Americans should be taking a hard look in the mirror and coming together as a nation. It's a damn shame.

UPDATE: A statement from Rep. Scalise's wife Jennifer says that Bailey and Griner have been "family to us for years," which makes this whole smear even more uncalled for and unnecessary. Mrs. Scalise also asked for people to pray for the officers' recovery and stated her gratitude for them saving her husband's life.