Ariana Grande To Return To Manchester For A Benefit Concert 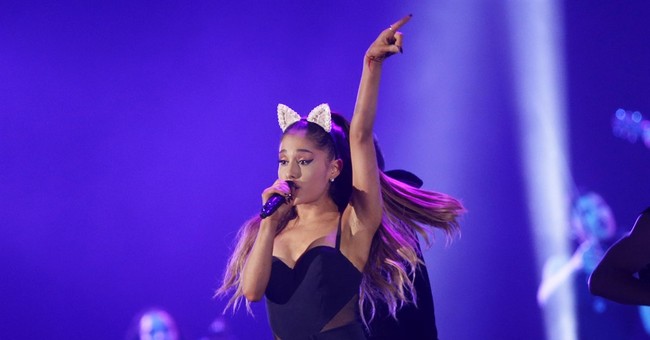 Ariana Grande will return to Manchester for a benefit concert for the survivors of Monday's bombing, she announced on Friday. In an Instagram post that was also shared on Twitter, Grande said that she was proud of the way that her fans had handled the events of the past week, and that she is so sorry for the pain and trauma her fans are feeling as a result of the attack. She also said that she "will not quit or operate in fear," and that her fanbase cannot let hate win.

"I'll be returning to the incredibly brave city of Manchester to spend time with my fans and to have a benefit concert in honor of and to raise money for the victims and their families. I want to thank my fellow musicians and friends for reaching out to be a part of our expression of love for Manchester. I will have details to share with you as soon as everything is confirmed."

Grande has suspended her tour dates until June 5 in the wake of the attack.