Huma Abedin Has Filed For Divorce From Anthony Weiner 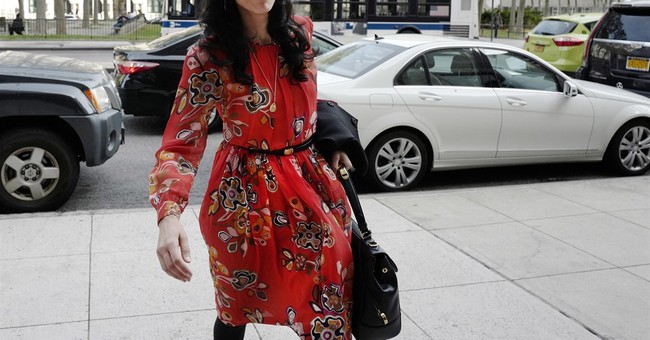 Former Hillary Clinton staffer Huma Abedin has filed for divorce from her husband, former Rep. Anthony Weiner (D-NY), shortly after his guilty plea for sending obscene material to a minor. Weiner faces between 21 and 27 months in prison as part of his plea deal.

Abedin and Weiner were married on July 10, 2010, in a ceremony officiated by former President Bill Clinton. The two separated on August 29, 2016, after it was revealed that Weiner had sent sexually explicit photos of himself to a "busty brunette." His young son was pictured in some of the pictures.

In 2011, Weiner resigned from Congress after accidentally tweeting a sexually explicit photograph.

Per the New York Post, the divorce filing is uncontested, meaning there will not be a custody battle for their son. Abedin has reportedly requested that the divorce be sealed.

What Virginia Schools Will Be Changing About Math Curriculum...All in the Name of Equity
Leah Barkoukis
CNN's Lemon and Cuomo Aren't Backing Down From Their Sensible Take on Ohio Shooting
Matt Vespa
Chauvin Trial Juror Says She Feared Intimidation at Her Home, Riots If Verdict Wasn't Accepted
Katie Pavlich