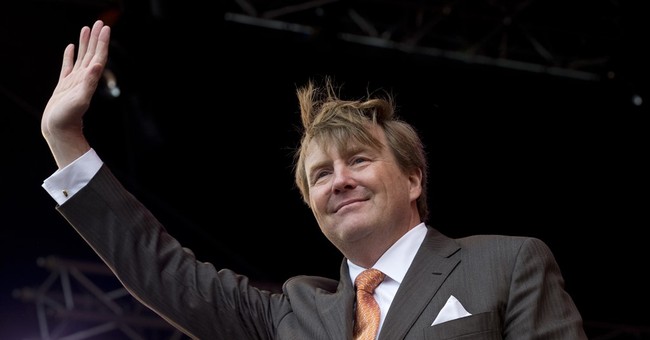 While the United States basically engulfs itself in scandals, subpoenas, and special counsels (oh my!), the Netherlands has found itself wrapped in one of the more head-scratching revelations of recent memory: their reigning monarch, King Willem-Alexander, has secretly been flying commercial airlines twice a month for the last 21 years.

'This is your Royal Highness speaking' pic.twitter.com/koDBlHWqa8

Twice a month, King Willem-Alexander has been co-piloting flights on KLM Cityhopper, the short-haul carrier on KLM Airlines. He uses the flights as a way to "decompress" from the stresses of being a royal. He's also training on how to fly a 737.

"For me the most important thing is that I have a hobby for which I need to concentrate completely," he said.

"You have an aircraft, passengers and crew. You have responsibility for them. You can't take your problems from the ground into the skies. You can completely disengage and concentrate on something else. That, for me, is the most relaxing part of flying," he said.

King Willem-Alexander has been flying planes for over 30 years.

What a cool fun fact, and it's pretty interesting that the monarch of a country has been able to fly planes without anyone noticing. I'm pretty sure that people would notice if Donald Trump or Barack Obama were piloting their plane.