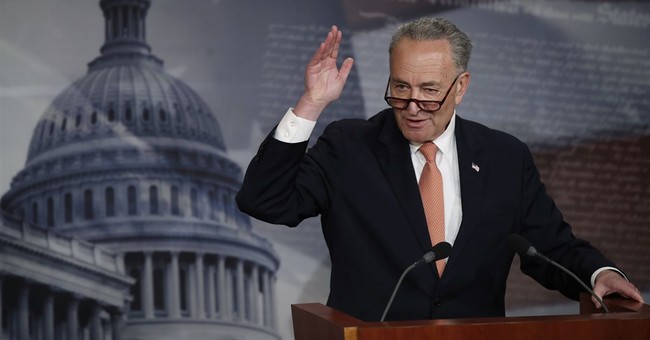 Speaking at a brief press conference following the surprise dismissal of FBI Director James Comey, Senate Minority Leader Chuck Schumer (D-NY) said that he had advised the president not to fire Comey, and that he thought doing so would be a "big mistake." Schumer said that the administration has to explain why they chose to terminate Comey at this particular point, rather than when Trump first entered the White House. He then wondered if the various investigations into Russian interference in the election were getting "too close to home" for Trump's comfort.

"Mr. Rosenstein, America depends on you to restore faith in our criminal justice system, which is going to be badly shattered after the administration's actions today," said Schumer.

"It's the only way to go," said Schumer. "If not, everyone will suspect cover-up."