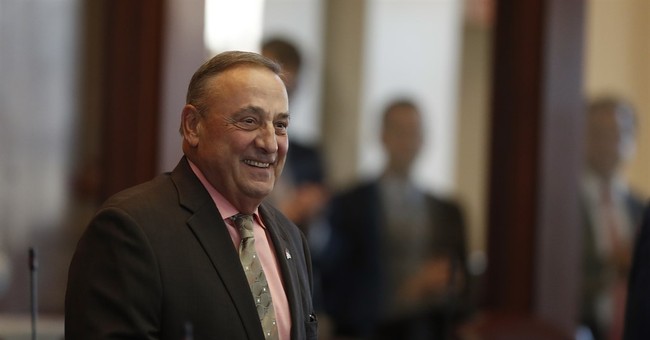 Maine Gov. Paul LePage is term-limited in 2018 when his second term is up, and he hasn't figured out his next move just yet. On Thursday, he told a radio station in Maine that he's considering challenging Sen. Angus King (I-ME) in 2018, but he's also concerned that he won't make a good legislator.

Among other things, LePage thinks that committee meetings could potentially be boring, and joked that he and his wife have an "aversion to alligators."

The term-limited Republican governor made the comments during a radio appearance on WGAN-AM. He will leave office next year after serving two terms, and there’s speculation about his next move.

LePage has raised the possibility of challenging independent U.S. Sen. Angus King. He did so again Thursday, but also said he wonders if he’d be effective in Washington. He also said he thinks Senate committee meetings “would be boring,” but he added that he has what it takes to work with Republican President Donald Trump’s administration.

If LePage passes on a 2018 run, he could potentially run to replace Sen. Susan Collins (R-ME) in 2020, as she has been mulling over a gubernatorial run of her own.