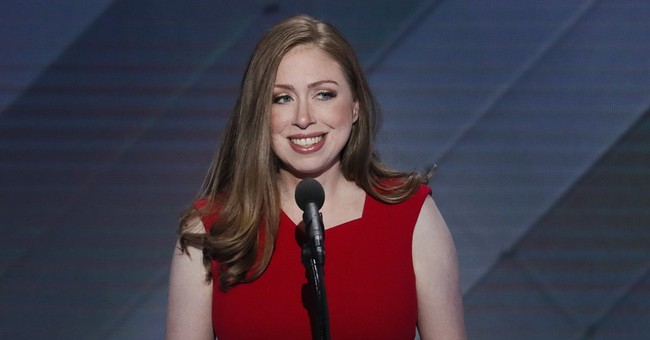 Because Chelsea Clinton is inexplicably a thing people are trying to make happen, she'll be publishing a children's picture book about influential women in history. The title, of course, is "She Persisted"--a reference to the rallying cry hatched after Sen. Elizabeth Warren (D-MA) was told to stop criticizing then-Sen. Jeff Sessions.

While I guess it's fine to make a picture book to inspire little girls, there is a notable absence of anyone to the right of the political spectrum. Oprah and Sotomayor are notable liberals, and with Hillary Clinton's reported cameo, roughly a quarter of the women profiled are explicitly left-wing. While Sen. Margaret Chase Smith (R-ME) was a Republican, she was a very moderate Republican and was hardly what one would call a conservative. Would it be too much to ask to see someone like Dr. Mildred Fay Jefferson or Rep. Elise Stefanik, or, heck, even Condoleezza Rice pictured as well? A children's book shouldn't be political (but the title of "She Persisted" makes it so, regardless of the stated intent--come on, now), but this is 2017 and apparently everything is.