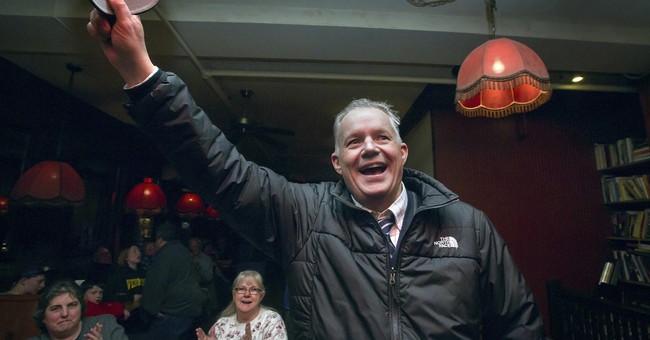 Former Rutland Mayor Chris Louras lost his bid for reelection on Tuesday, in what was described as a referendum on Syrian refugees. Louras, who had been a major proponent of resettling Syrian refugees in Rutland, lost to David Allaire, a "leading critic" of Louras' plan. Louras had served as mayor for the past 10 years.

Back in 2015, Louras announced that he hoped to bring 100 Syrian and Iraqi refugees to Rutland, which has a population of about 16,500 (making it Vermont's third-largest city). Louras' plan was controversial as he did not consult with other city officials before contacting refugee resettlement agencies.

Eventually, due to President Trump's executive order and a myriad of other issues, two Syrian families eventually moved into Rutland.

Allaire, who won the election, says that while he's not anti-refugee, he "led the charge" into the investigation whether or not Louras broke the law with his proposal.

When a 10-year incumbent in Vermont (which is hardly a bastion of conservatism) is ousted over refugees--maybe there should be a more nuanced discussion about this on a national level.