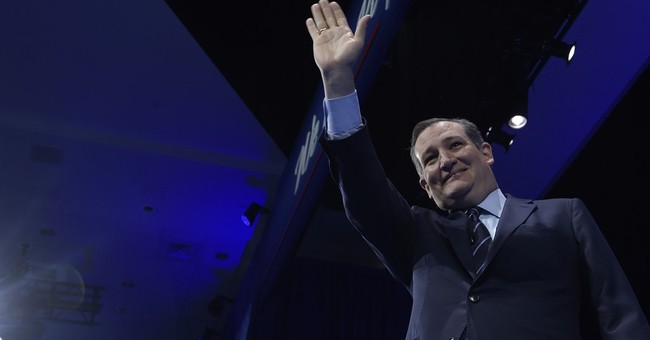 Speaking at CPAC, Sen. Ted Cruz (R-TX) caused a minor stir when he said that President Trump may be filling another Supreme Court vacancy come summertime. Cruz predicted an "Armageddon meltdown" on the left if this were to be the case.

.@tedcruz predicts there will be another Supreme Court vacancy this summer. #CPAC2017 pic.twitter.com/kdV6F4YLle

Given that vacancies on the Supreme Court generally come following the death of one of the justices, many people were concerned that "Zodiac Ted" had picked his latest victim.

Another Supreme Court vacancy this summer? Great talk at #CPAC2017 by Ted Cruz, revealing his true identity was bold and unexpected. pic.twitter.com/ixwChTcUng

Is @tedcruz planning to kill a Supreme Court justice? https://t.co/OTFZ6STBgY

.@tedcruz predicts another Supreme Court vacancy this summer without explaining if he predicts a death or retirement

Ted Cruz: "I think we'll have another Supreme Court vacancy this summer." Tittering as people try to figure out who he is going to kill

Granted, it's probably more likely that Cruz has some kind of insider knowledge about a justice considering retirement come summer. Given that there are two justices over the age of 80, and one who is 78, it's not infeasible that one would be looking towards retirement in the near future. (But it's certainly more fun to dig out the "Ted Cruz is the Zodiac Killer" jokes.)

While his comment was awkwardly worded, he does make an excellent point that nobody is really talking about: Trump could be filling a lot of seats on the Supreme Court in the very near future. This will potentially change the makeup of the Supreme Court for a generation or more. The average life expectancy in the U.S. is just over 78. A full third of the court is older than that, and Justice Clarence Thomas will be 72 at the end of Trump's first term. The left likely will go "full Armageddon" if one of the justices that either passes away or retires is on the liberal wing of the court. Elections have consequences--and this is likely the biggest one.