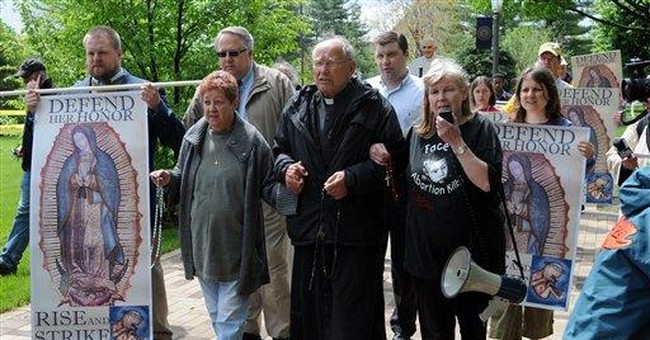 Norma McCorvey, who was the "Jane Roe" plaintiff in the Roe v. Wade Supreme Court case that legalized abortion in the United States, passed away on Saturday in Katy, Texas, due to a heart condition. She was 69.

McCorvey was 22 when she found herself pregnant out of wedlock, poor, and struggling with addiction, and sued the state of Texas looking to change the state's abortion laws. By the time the Supreme Court decided Roe v. Wade in 1973, she had already given birth and had placed the child up for adoption.

After decades of work advocating for abortion rights, she became a born-again Christian in 1995 and abandoned that movement entirely and quit her job at an abortion clinic. She was later received into the Roman Catholic Church in August of 1998. She was confirmed by Fr. Frank Pavone, the director of Priests for Life. She called her work to legalize abortion the "biggest mistake" of her life.

After her stunning conversion to the pro-life side, McCorvey remained active in the movement and attempted to overturn Roe v. Wade. She spoke at the March for Life, and was arrested protesting Supreme Court Justice Sonia Sotomayor's Senate confirmation hearing.

RIP Norma McCorvey, "Roe" who came to the truth re life; and shared her story at @March_for_Life. May she be at peace.

Dear Norma McCorvey suffered at the hands of those who cared more about the institution of abortion than her. Then she triumphed.

Norma McCorvey—"Jane Roe" of Roe v Wade—left the pro-abortion camp to advocate right to life of all humans. RIP.

On a personal note, I had the chance to meet McCorvey when I was an intern with National Right to Life the summer after I graduated from college. She was an absolutely fascinating and inspiring woman, and she will be dearly missed. May she rest in peace.