The DNC Is Voting on Condemning The Show "Designated Survivor" 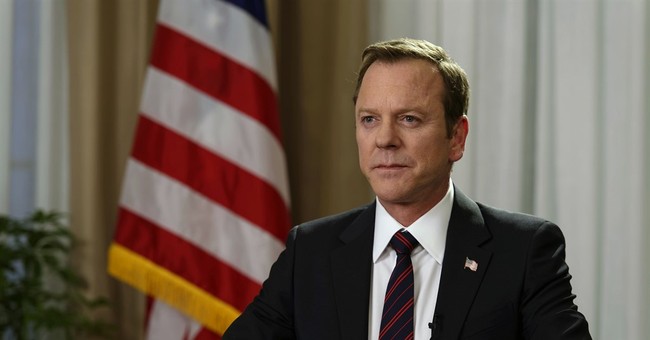 The DNC will be voting next week on a resolution condemning the ABC show "Designated Survivor" because the fictional version of the FBI Director on the show was blackmailed into confessing for a crime that he did not commit. According to the text of the resolution, which was submitted by DNC superdelegate William Owen, "Director Comey demonstrated in the recent 2016 election that he did not need to be blackmailed to engage in illegal partisan actions," and Comey's "partisan and illegal letters" resulted in the election of Donald Trump. The resolution then encourages people to have "the same respect for the FBI as Director Comey demonstrated with his illegal actions."

The Democratic National Committee will vote next week on a resolution to condemn the ABC show "Designated Survivor." pic.twitter.com/I1f5dfr19G

Comey's letters were not illegal and did not violate the Hatch Act. Comey's letters came about after new emails were discovered during an investigation into former Rep. Anthony Weiner (D-NY) after it was discovered that he had carried on an online relationship with a high school student.

I mean, as someone who watched the first few episodes of "Designated Survivor" before tuning out because it was just so dreadfully boring, I think a resolution condemning the show is a bit of overkill. This is an extremely petty (yet hilarious) incident of sour grapes post-election.

Or, in the words of Guy Benson:

This is truly embarrassing https://t.co/S9F1zlo68k

Did You Miss What Bill De Blasio Did to the NYPD? It's the Price You Pay for Caving to the Mob.
Matt Vespa
Was Scientist Purged From Her Post Because of Ties to Trump Administration? Two House Republicans Think So
Leah Barkoukis
There's a Collusion Story the Media Is Burying...Because It's True and Makes Biden Look Bad
Matt Vespa
Squad Members Attack Israel As Hamas Rockets Rain Down, Because of Course
Spencer Brown