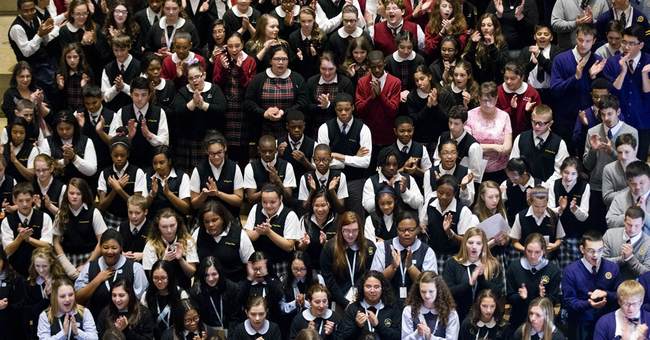 President Donald Trump issued a statement for National Catholic Schools Week, and commended Catholic schools for their "tremendous work" they do to educate the two million American students enrolled. Trump also said he has "heartfelt appreciation" for to employees of Catholic schools.

Compare this to former President Barack Obama, who sparked outrage in 2013 during a visit to Northern Ireland. There, Obama said that he thought the presence of Catholic schools in the country were causing the population to remain divided and should be eliminated. This flap prompted now-discredited group Catholics United (the ones calling for a Catholic spring) to defend the president on the issue.