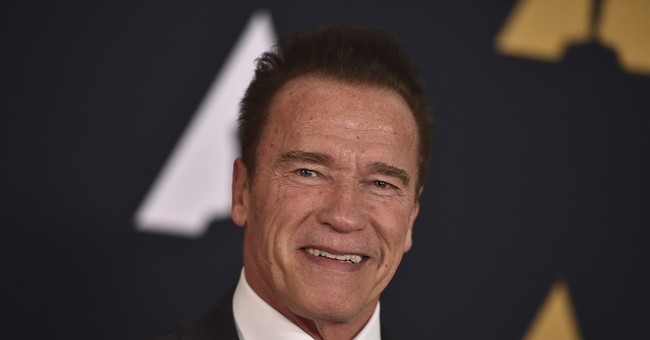 At Thursday's National Prayer Breakfast, President Donald Trump went on the bizarre offensive and mentioned that Arnold Schwarzenegger's ratings for "The Apprentice" weren't as good as his were. This isn't the first time Trump has poked fun at Schwarzenegger regarding television ratings.

In response, the former California governor offered to switch jobs with Trump, saying that Trump is clearly more concerned about ratings than he is. Schwarzenegger also said that more people would be comfortable with him as president.