Gen. Mattis Confirmed in Senate Vote As Secretary of Defense 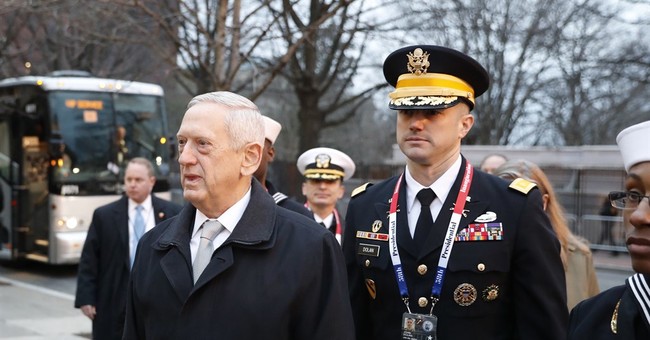 Gen. James Mattis has been confirmed by the Senate by an overwhelming margin to become our next Secretary of Defense. He is the first confirmed member of Trump's cabinet. So far, the vote stands at 98-1, with Sen. Kirsten Gilliband (D-NY) voting against Mattis' nomination.

The first bill President Donald Trump signed into law was the waiver bill that would permit him to serve as Secretary of Defense. Mattis needed this waiver because he has not been a civilian for the requisite number of years.

Mattis was considered to be a "non-controversial" cabinet pick. Thanks to rules installed during the Obama administration, he only needed a simple majority (50+1) rather than two-thirds of the Senate to be confirmed.