Assange Backs Out Of U.S. Extradition 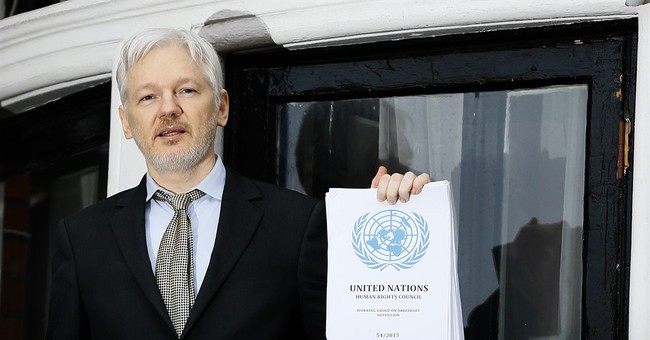 Last year, WikiLeaks founder Julian Assange tweeted that if Chelsea Manning were to be released, he would be willing to accept prison time in the United States. Now that Manning has been pardoned, many people put pressure on Assange to give himself up and be extradited to the United States.

Assange's lawyer Barry Pollack, however, says that the terms of Manning's release are not good enough for his client to allow himself to be extradited. Thus, Assange won't be leaving his home in the Ecuadorian Embassy in London any time soon.

Pollack stated that they would have rather seen Manning released immediately, not after a few months delay.

“Mr. Assange welcomes the announcement that Ms. Manning's sentence will be reduced and she will be released in May, but this is well short of what he sought,” said Barry Pollack, Assange’s U.S.-based attorney, via email.

“Mr. Assange had called for Chelsea Manning to receive clemency and be released immediately.”

Assange has not been publicly charged with a crime in the United States, but his legal team believes he may be charged “under seal,” where charges are kept secret to prevent a suspect from preparing an escape.

This seems like a bit of a stretch, but I can't really blame Assange for not wanting to face the music on this.