The 'Ice Bucket Challenge' Bucket Is Now In The Smithsonian 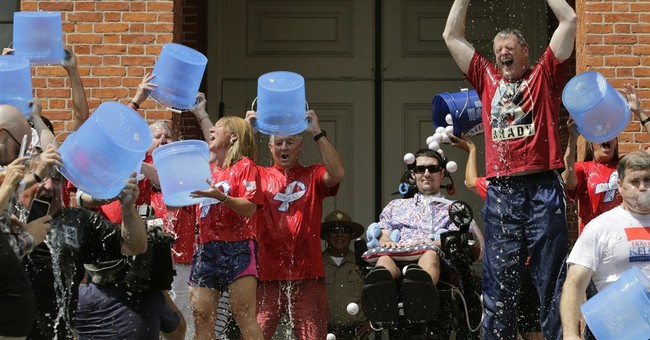 The bucket used to kick off the "Ice Bucket Challenge" viral fundraising phenomena in the summer of 2014 is now in the Smithsonian National Museum of American History. The bucket is featured alongside other fundraising tools in an exhibit dedicated to American charitable giving.

The "Ice Bucket Challenge," which challenged people to either donate money to an ALS charity or dump a bucket of ice water on themselves, raised over $115 million for research into the disease. The bucket displayed in the Smithsonian is the original bucket that tied the challenge to fundraising efforts.

Here are a few throwback videos of some notable people (including the president-elect) taking on the challenge: