More People Died From Heroin Than From Guns Last Year 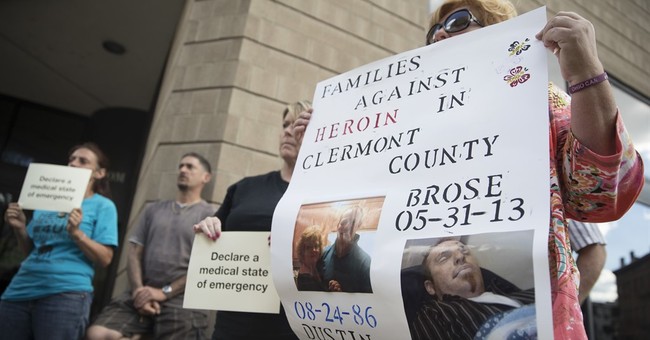 A sad statistic at how devastating the opioid epidemic is in the United States: in 2015, more people died from heroin overdoses than from gun homicides. This is believed the first time this has happened, and heroin overdose deaths used to pale in comparison to the number of gun homicides. In the past decade, heroin deaths have increased exponentially. While opioid painkiller deaths are also on the rise, 2015 was the first time since the 90s that heroin killed more people than drugs like oxycodone.

Heroin deaths spiked too, rising by more than 2,000 cases. For the first time since at least the late 1990s, there were more deaths due to heroin than to traditional opioid painkillers, like hydrocodone and oxycodone.

"The epidemic of deaths involving opioids continues to worsen," said CDC Director Tom Frieden in a statement. "Prescription opioid misuse and use of heroin and illicitly manufactured fentanyl are intertwined and deeply troubling problems."