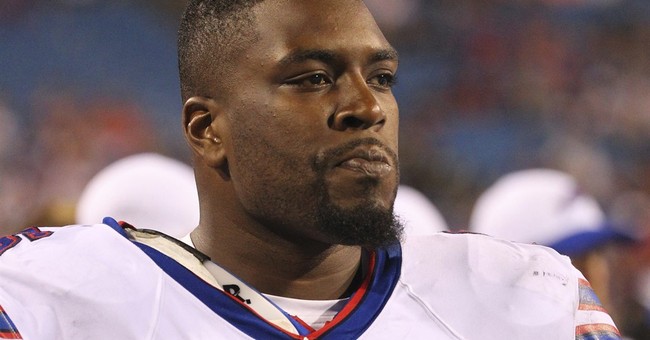 Seantrel Henderson, an offensive tackle for the Buffalo Bills, is appealing his suspension for violating the NFL's substance abuse policy. Henderson tested positive for marijuana, which he uses to treat Crohn's disease. Since his diagnosis with the disease last year, Henderson has had two and a half feet of his intestine removed, and has undergone two surgeries and has lost 50 pounds. People with Crohn's disease can legally use medical marijuana in New York, but the NFL does not have a medicinal use exemption policy in place like it does with other banned substances.

Henderson will be suspended for 10 games, without pay. He previously served a four-game suspension earlier this season, also for testing positive for marijuana. His agent believes that the NFL needs to adopt some kind of exemption or waiver for medical marijuana use.

As his agent Brian Fettner said after his first suspension, "There is zero allowable medical exemption for this per the NFL; however, there clearly should be."

A source added after the second suspension, "He needs cannabis. You can't take pain killers with the way his intestines are."

The NFL's policy on marijuana is likely to change in the coming years. The league has seven teams (Patriots, 49ers, Chargers, Rams, Raiders, Seahawks, and Broncos) that are located in states that have legalized the drug for recreational use, and many others are located in states that have some form of legalized medical marijuana. Given the brutal nature of football, it's likely that some players in these states may be interested in trying medicinal cannabis to treat pain and inflammation rather than an opiate painkiller--but they currently cannot pursue this (legal) treatment due to fear of league punishment. Marijuana has been used as a treatment for Crohn's disease for years, and there have been people whose disease has been put into complete remission with the use of medicinal cannabis. It's pointless and discriminatory for the NFL to punish someone for treating their illness with a drug that actually works.

Simply put, Seantrel Henderson shouldn't be forced to pick between his health and his career, and the NFL should permit him and other medical marijuana patients to use the drug without fear of penalty. The NFL has no moral qualms with accepting sponsorship money from alcohol companies--a substance responsible for more than 30,000 deaths in the United States each year--and yet punishes a player for using a medicine that is neither deadly nor performance-enhancing. This seems slightly hypocritical.