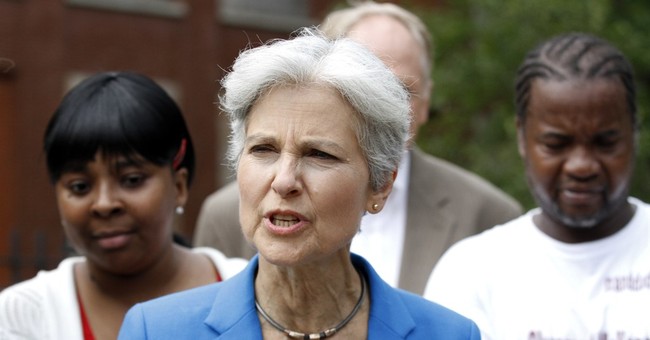 Fresh off receiving a whole 1.04 percent of the popular vote and a grand total of zero Electoral College votes, Green Party nominee Jill Stein started a recount fundraising drive even though there was no guarantee a recount would take place, nor is there any chance the recount would actually change the results of the election.

After initially claiming to need $2.5 million for the effort, she then upped the goal to $7 million and has currently nearly $6.5 million. While it's impressive how much money she's raised in a relatively short time, it's even more impressive (or comical) considering that her entire campaign only raised $3.5 million.

Now, this whole thing reeks of a scam to raise money for the Green Party. There's zero evidence that hacking took place during the election, and it certainly didn't happen in Michigan, a state that only uses paper ballots. The election happened on November 8, and the result isn't going to change. People need to get that through their heads.