Maine's Mock Election Could Be A Good Sign For Trump 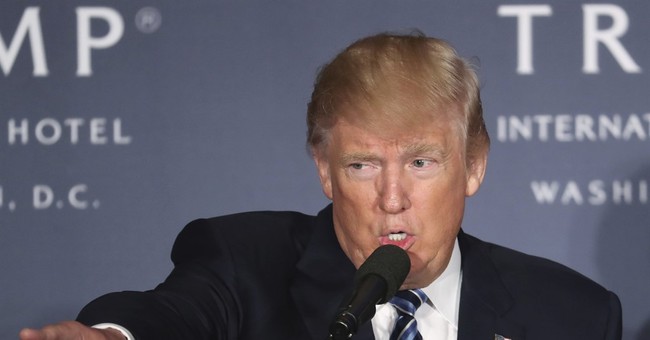 Each election cycle, Maine's Department of the Secretary of State conducts the Maine Student Mock Election of Maine's schoolchildren. The mock election has been a remarkably good barometer of the state's political leanings, and has only been incorrect once in the past 10 election cycles. (In 2000, George W. Bush won the student vote, but lost the "grown-up" vote in the state.) In 2014, Maine's students predicted a Paul LePage re-election with a more accurate margin of victory than most polls were forecasting.

Given this info, the results of this year's mock election should be a bit of an eyebrow-raiser: Donald Trump won, by an ever-so-slim margin, with 41.7 percent to Hillary Clinton's 40.2 percent. Libertarian candidate Gary Johnson finished third, and the Green Party's Jill Stein finished fourth.

On the Congressional side of things, incumbent Rep. Bruce Poliquin was re-elected by a 10-point spread over Democrat challenger Emily Cain. Poliquin's seat, representing Maine's 2nd Congressional District, is considered to be one of the most vulnerable in Congress.

Maine is one of two states that allocates its Electoral College votes by congressional district, and signs have been promising that Trump could get at least one Electoral College vote from the Pine Tree State. Now, it doesn't seem entirely out of the question that Trump could get three (two from winning the state and one from the CD2), or even all four.

In the 2008 and 2012 elections, Maine went to Obama by large, double-digit margins. Now, it's looking as though Vacationland is in play--big time.