ICMYI: Dozens of People Left An Amy Schumer Show After She Mocked Trump 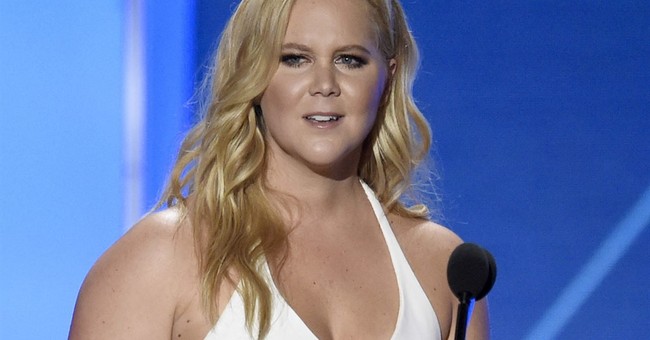 Over the weekend, at a show in Tampa, comedian Amy Schumer brought a Donald Trump supporter up on stage. After asking him why he supported Trump (as it turns out, he's more of a #NeverHillary than pro-Trump), she then shooed him off the stage before launching into an extended segment about Hillary Clinton. Schumer referred to Trump as an "orange, sexual assaulting, fake-college-starting monster."

Perhaps unsurprisingly, some people who paid money to see a comedy show weren't exactly thrilled to suddenly be seeing political preaching, so they left. (Can't blame them, really.) Reportedly, 200 people walked out of the theater.

On Tuesday, Schumer issued her "response" to the people of Tampa who left her show in a letter read from the stage of Madison Square Garden in NYC. Schumer sarcastically said that she would "never again" refer to Trump as an "orange, sexually assaulting, fake-college-starting monster."