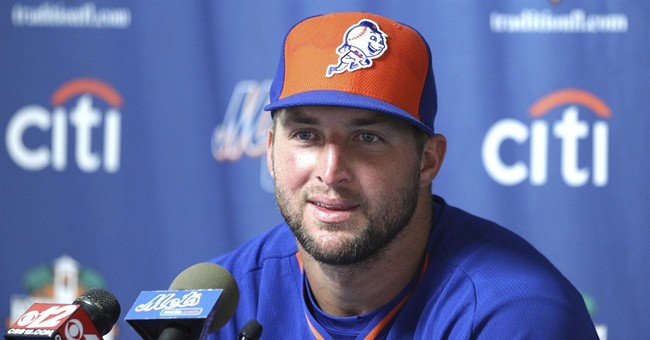 Former NFL star-turned-baseball-player Tim Tebow may have performed a miracle on Tuesday night, after a fan suffered a seizure during an autograph session. Tebow prayed over the fan, who was reportedly not moving, and then the fan proceeded to "jolt up" and began breathing again.

ABC15 reporter Kari Van Horn tweeted what she witnessed, and referred to it as a "miracle."

Tebow signing autographs. Fan has what looks like seizure. Not moving. Tebow puts hand on him and says a prayer. Man breathes. WOW.

Heading back to the station but I have video of it all. I just witnessed a MIRACLE. #Tebow

Van Horn then tweeted the video:

As a reminder, Tebow also hit a home run at his first at-bat as a professional baseball player.