U.S. Chess Champion To Boycott World Championships Because She'd Be Forced To Wear A Hijab 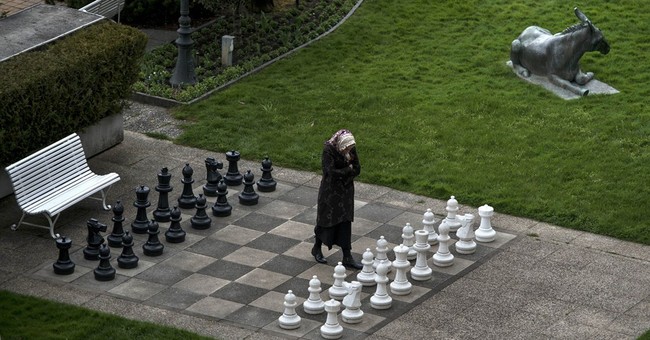 The U.S. Women's Chess Champion Nazi Paikidze-Barnes has announced that she will be boycotting next year's Women's World Championship after FIDE: The World Chess Federation awarded the championship to Iran. Women in Iran, regardless of nationality or religious belief, are forced to wear a hijab. Paikidze-Barnes believes that this is an insult to women's rights and would rather stick to her beliefs and boycott the championship than be forced to wear a hijab as part of a national dress code.

Paikdze-Barnes also started a petition asking for FIDE to reconsider its decision to host the championship in Iran. The petition claims that FIDE is violating its own rules by hosting the tournament in a country without various freedoms.

This is a post for those who don't understand why I am boycotting FIDE's decision. I think it's unacceptable to host a WOMEN'S World Championship in a place where women do not have basic fundamental rights and are treated as second-class citizens. For those saying that I don't know anything about Iran: I have received the most support and gratitude from the people of Iran, who are facing this situation every day. Thank you MyStealthyFreedom for sharing my interview.

Paikidze-Barnes also clarified that she is not explicitly anti-Islam or anti-Iran, but rather she is doing so on a matter of principle and her belief in women's equality. She wrote on Instagram that she would one day love to visit Iran, but only after women are granted the same rights as men.

A message to the people of Iran: I am not anti-Islam or any other religion. I stand for freedom of religion and choice. ?? I'm protesting FIDE's decision not because of Iran's religion or people, but for the government's laws that are restricting my rights as a woman. My personal experiences with Iranian people have been nothing but wonderful ?? One day I hope to visit Iran and see women having complete freedom and equality. ??