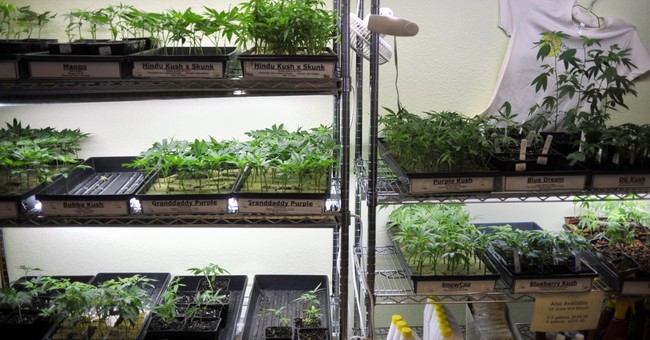 The American Legion is calling for the federal government to re-schedule marijuana so that any potential medicinal effects can be studied.

A resolution passed last week at the American Legion's national convention implores the federal government to license privately-funded medical marijuana production and to recognize any medicinal value marijuana may have, particularly in the treatment of PTSD and traumatic brain injuries.

RESOLVED, By The American Legion in National Convention assembled in Cincinnati, Ohio, August 30, 31, September 1, 2016, that The American Legion urge the Drug Enforcement Agency to license privately-funded medical marijuana production operations in the United States to enable safe and efficient cannabis drug development research; and, be it finally,

RESOLVED, That The American Legion urge Congress to amend legislation to remove Marijuana from schedule I and reclassify it in a category that, at a minimum will recognize cannabis as a drug with potential medical value.

Currently, VA doctors cannot discuss or recommend medical marijuana to their patients. The very first study of marijuana as a treatment for PTSD was recently green-lit.

Back in August, the government declined to re-schedule marijuana. Despite the thousands of people who use marijuana to treat illnesses, the government still has the drug listed as a Schedule 1 substance with no medicinal value. Cocaine, OxyContin, and meth are all Schedule 2 drugs. The DEA did, however, loosen some rules related to research.

Several states will vote this November to legalize marijuana for recreational and medicinal uses.