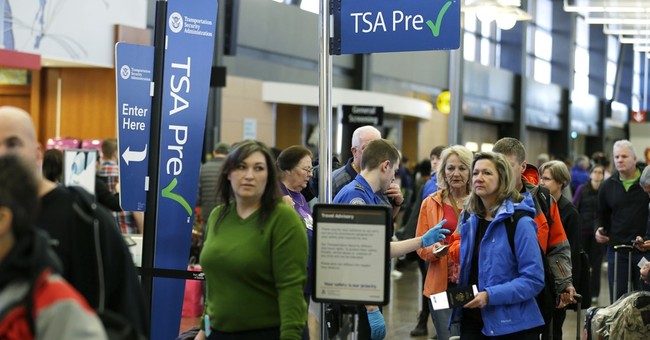 Sen. Kelly Ayotte (R-NH) introduced a bill today that would protect the rights of parents to bring formula and breast milk on airplanes for their children. While formula, breast milk, juice, and medications are exempt from the TSA's rules regarding liquids on airplanes, many TSA agents are not properly trained and some people have reported being forced to throw away breast milk in order to board the airplane.

The legislation will require that the TSA trains agents about how to properly handle someone bringing breast milk, formula, and juice through the security screening.

"By notifying air carriers and the TSA of existing TSA guidelines and requiring appropriate training, this legislation will ensure that common-sense protections are in place so that mothers can carry breast milk, formula, and juice through security screenings," said Senator Ayotte.

This is solid, common-sense legislation that will help out the thousands of mothers who travel with their infants each year. Personally, however, I'd prefer this legislation go a step further and completely eliminate the rules regarding liquids on airplanes. The TSA has yet to stop a single terrorist attack, yet routinely allows prohibited items on to airplanes. The rules regarding liquids do not make anyone safer, and instead create unnecessary headaches for travelers. They have to go.