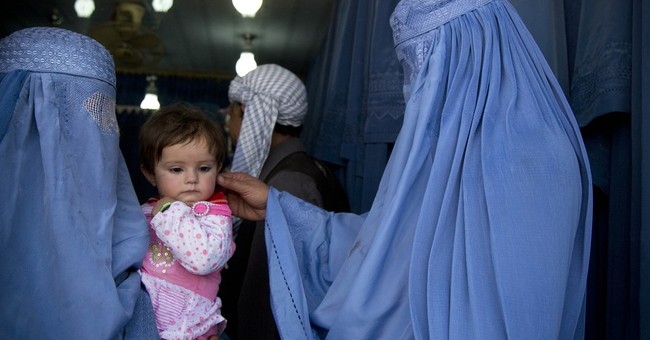 ISIS in Mosul, Iraq has reportedly banned the face-covering burqa veil in security and military centers due to safety concerns. While the burka is mandatory in other parts of the city, ISIS has prohibited the veils after a number of insurgents were killed by women wearing burqas to disguise themselves.

According to a report by Al Alam News Network, as translated by IFP, within the past two years, the ISIS used to force women in Iraq and Syria to wear burqa and niqab; however, now the group has no choice but to prevent women with burqa from entering its security centres.

A local source in the Iraqi province of Nineveh announced on Friday, September 2, that the terrorist group has released an order, based on which no woman is allowed to be wearing niqab or burqa when entering the security and military centres.

Over in Europe, France has banned the burqa (and other religious symbols) from being worn in public, and women in parts of Switzerland who wear a burqa in public are subject to fines. Austria recently ruled that an employer has the right to prohibit an employee from wearing a burqa on the job, and nearly two-thirds of Germans want a ban of the garment.

Some women have taken to symbolically burning their burqas and niqabs (a similar veil that covers the face) after escaping from ISIS-controlled territory.