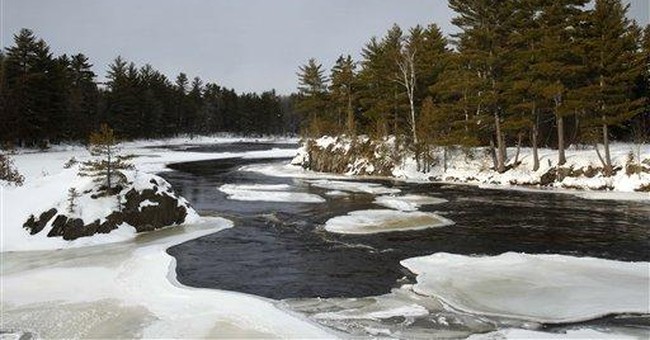 Two of Maine's representatives in Congress are not happy after President Obama signed an executive order creating the "Katahdin Woods and Waters National Monument," placing 87,563 acres of Maine's woods under federal control. It is thought that the area may eventually be designated as a national park, but Sen. Susan Collins and Rep. Bruce Poliquin aren't too thrilled.

In a statement released to her website, Collins raised questions about the cost of upkeep, as well as concerns how the people who live near the land opposed the creation of the national monument.

“While I recognize that the President has the legal authority to designate national monuments, I believe he should not have used his executive authority given the objection lodged by the Maine Legislature, the lack of consensus among Mainers who live in the area, and the absence of Congressional approval. Bypassing Congress and taking this action without the support of the state and the local communities circumvented discussions of alternatives such as the creation of a national recreation area or management by the Forest Service—proposals that might have had broader support than the President unilaterally designating a national monument.

“This monument designation gives rise to a host of questions ranging from simple logistical matters to fundamental questions such as what will the impact be on taxpayers and whether the National Park Service, with its nearly $12 billion maintenance backlog, can afford to manage this new federal acquisition. While the Quimby family's promise of a $40 million endowment is generous, it is difficult to see how that amount can possibly cover the startup and ongoing costs of the monument area.

Similarly, Poliquin said he was opposed to the unilateral action, and implored Obama to work with the people of Maine to properly manage and use the land:

“As Maine’s Representative in Congress for the 2nd District, I joined Senators Collins and King in sending a letter to President Obama last November expressing reservations about the unilateral decision to designate a national monument in our State. We jointly raised concerns about the idea and urged the President to listen to local voices. Several communities most impacted by such a plan voted in non-binding referendums on the proposal in the Katahdin Region and in every instance the people voted in large numbers to oppose the concept. Additionally, the Maine Legislature passed a bipartisan resolution to officially oppose the idea as well.

“While opposed to a unilateral decision, ignoring the votes in the local towns, the Maine Legislature, and Congress, I will continue to work with everyone to move this project forward in the right way in order to build a stronger economy that creates more and better paying jobs in the Katahdin Region and in Maine.

“All public officials must do everything humanly possible to help ensure local input as to how this new federal land will be managed. Our local job creators—not Washington bureaucrats—know best how to use our working forests and provide proper access for industries to create more jobs including those in the outdoor recreation businesses, like snowmobiling, hunting, rafting, camping and so on.