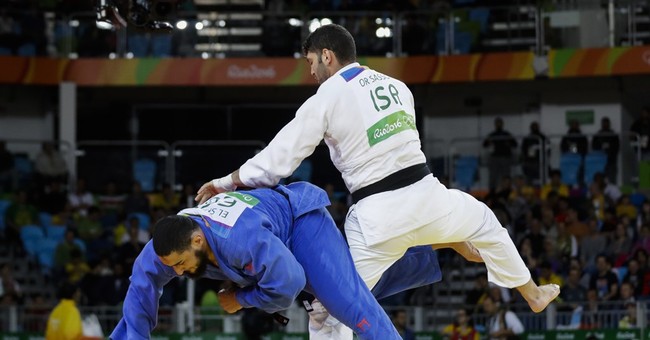 Egyptian judoka Islam el-Shehaby, who refused to shake hands with an Israeli athlete after a match, has been reprimanded by the IOC and sent home by the Egyptian delegation. The IOC said that el-Shehaby's actions were against the values the Olympic Games stands for, and that Egypt needs to do a better job educating its athletes about the meaning of the Games.

"The Disciplinary Commission (DC) considered that his behavior at the end of the competition was contrary to the rules of fair play and against the spirit of friendship embodied in the Olympic Values," the IOC said.

"The DC issued a 'severe reprimand for inappropriate behavior' to the athlete. It noted....the shaking of hands after a match is not in the competition rules of the International Judo Federation."

"As well as a severe reprimand, the DC has asked the Egyptian Olympic Committee to ensure in future that all their athletes receive proper education on the Olympic Values before coming to the Olympic Games," the IOC said.

On Twitter, fans encouraged el-Shehaby to forfeit the entire match to avoid fighting an Israeli. El-Shehaby defended not shaking hands after the match, saying he wouldn't shake hands with anyone who represented Israel for "personal reasons."

Honestly, good on the IOC for standing up for athletes. The games are not a time for political statements.