Gloria Steinem: Hillary's Approval Numbers Are Bad Because She's Not A Man 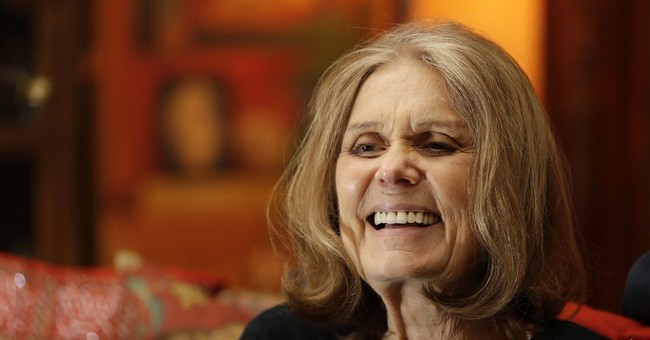 It is a truth universally acknowledged that any criticism of Hillary Clinton must stem from how she is a female--at least, in the eyes of Gloria Steinem. Speaking in an interview with The Hollywood Reporter, Steinem explained away Clinton's abysmal approval ratings because apparently people just don't like seeing women in charge.

Are Hillary's disapproval ratings connected to her being a woman?

Yeah, I think so. It's hard to know because nothing is a single factor. Part of it is that she is not a new face. The fact that she and Bill Clinton have been in public life for a very long time means that they are not as likely to benefit from unrealistic expectations. But I think there are other deep reasons. For instance, as children, most of us are raised by women, so we may tend to associate female authority with childhood. We see it as emotional, overwhelming, perhaps inappropriate to public life, not rational enough. You can see that in some of the media coverage from otherwise mature, grown-up men, who are saying things like, "I cross my legs whenever I see her. She reminds me of my first wife asking for alimony." They are responding to the last time they saw a powerful woman. They feel unmanned. I don't think it's conscious, but I think it's present. It's not going to be easy. It's a very big change.

Give me a break. Of course her (historically low) approval ratings have nothing to do with her relative untrustworthiness, or her numerous scandals, or sketchy dealings. They have nothing at all to do with the sizable split in the Democratic Party, the long and extended primary season, or the large chunk of the progressive left that doesn't think Clinton is the right candidate for them. Yeah. It's because she's a woman. That has to be it.