ICYMI: Will Smith Wants To "Cleanse" The U.S. Of Trump Supporters 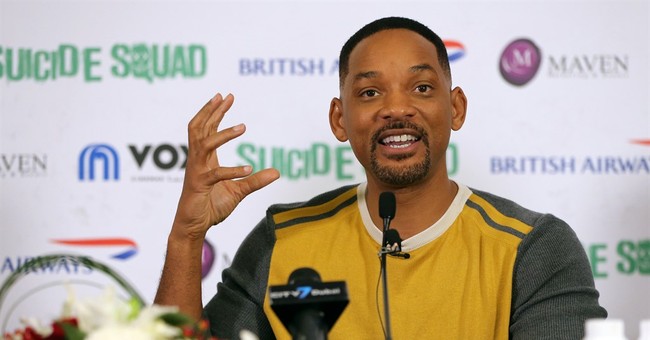 Well here's some creepy rhetoric courtesy of actor Will Smith: he thinks that Donald Trump's rise to the Republican nomination is a good thing, because it has exposed people who should be "cleansed" from the country. He made these comments while doing publicity for his new movie "Suicide Squad."

“As painful as it is to hear Donald Trump talk and as embarrassing as it is as an American to hear him talk, I think it’s good,” the 47-year-old said. “We get to know who people are and now we get to cleanse it out of our country.”

Smith followed up these comments with some very harsh words regarding Trump's past comments about women.

Listen, while I'm not exactly the biggest fan of Donald Trump, I think it's a bit hysterical to say things about cleansing his supporters from the country. Trump supporters have every right to live in the United States as Hillary supporters and Jill Stein supporters. This kind of thinking makes Smith no better than Trump.

Further, why are we asking actors questions about American politics?