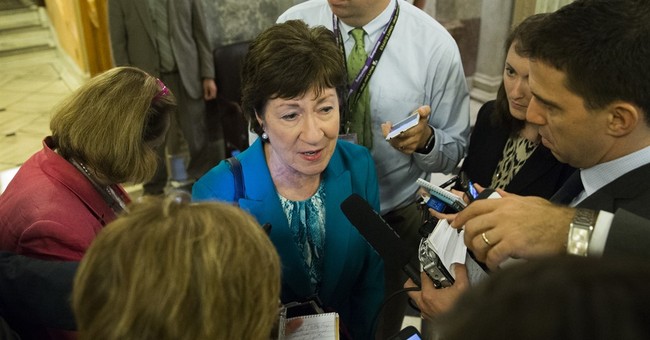 Sen. Susan Collins (R-ME) has announced that she will not be voting for Donald Trump in the upcoming election. Previously, Collins had been reluctant to express support for the Republican nominee.

Collins said that she does not think Trump is right for the presidency and that he has a "lack of self-restraint."

I am also deeply concerned that Mr.?Trump’s lack of self-restraint and his barrage of ill-informed comments would make an already perilous world even more so. It is reckless for a presidential candidate to publicly raise doubts about honoring treaty commitments with our allies. Mr. Trump’s tendency to lash out when challenged further escalates the possibility of disputes spinning dangerously out of control.

Collins has not elaborated as to who, if anyone, she will actually be voting for.