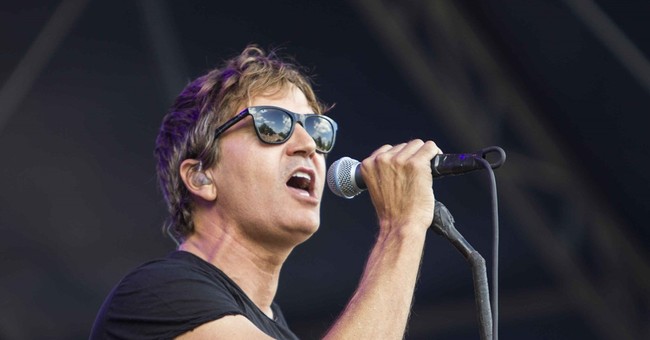 Rock group Third Eye Blind performed at the RNC on Tuesday night as part of a charity event, and left many fans salty with their performance. Namely, the band gave the most half-assed performance in the history of music, didn't play their biggest hit, and took the opportunity to insult the audience and the GOP's platform. The concert was a benefit for Musicians on Call, a service that helps bring music to bedridden hospital patients.

Epic @ThirdEyeBlind troll of RNC event. Played none of the hits, bashed GOP platform, asked "Who here believes in science?" So much booing.

The band didn't care that fans were disappointed.

As far as the charity was concerned, 3eb continued its streak of not caring.

@hunterw Great question. We were not, as musicians on call were well aware of who we are and our take on things (like science and rights!)

It takes a special sort of jerk to make an obnoxious political point at a charity concert. It would have been completely fine if they didn't want to perform at the show, but to show up and do a horrible job is very petty and tasteless.

UPDATE: The band released a statement.