Stephen Colbert Dressed As A Hunger Games Character At The RNC; Criticized Trump 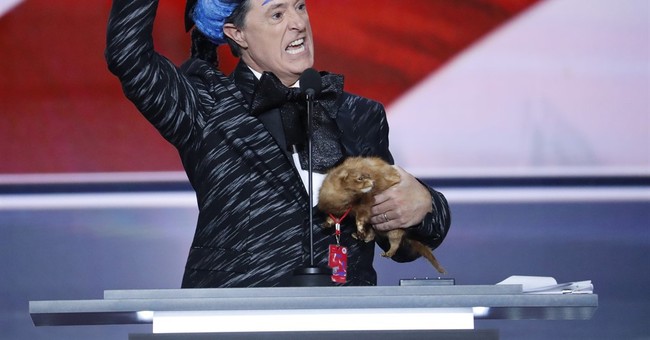 Stephen Colbert showed up at the RNC on Sunday wearing some rather unusual attire: he was dressed as Ceasar Flickerman, host of the Hunger Games, the titular event of the "Hunger Games" trilogy by Suzanne Collins. Colbert has been referring to the election as the "hungry for power games."

Here's an up-close picture, via Imgur: 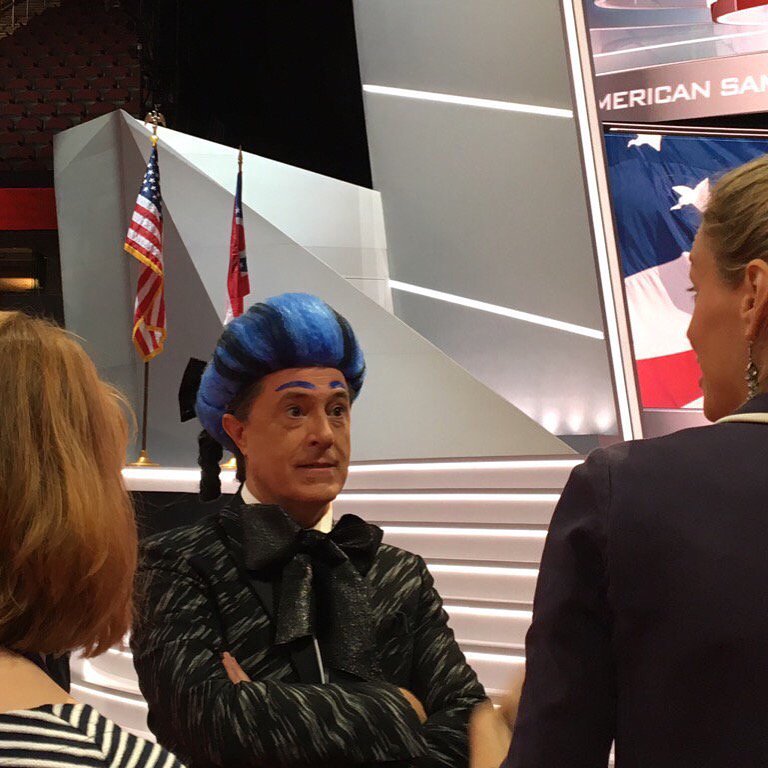 As one Reddit user pointed out, Colbert basically had a meltdown in May 2016 when Trump clinched the GOP nomination.

While this election is certainly an unusual one, let's be grateful that none of the candidates have taken a cue from the actual Hunger Games and turned violent.