Apparently Liberals Like "Yoga" and "Crying" In Potential Dating Partners 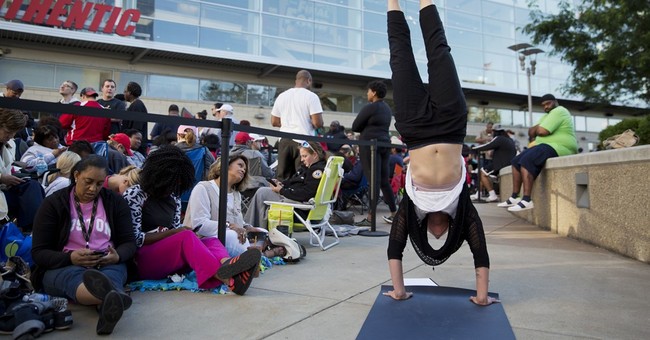 Dating website OkCupid conducted a survey of users regarding their political views and dating preferences, and one particular section is making people chuckle: apparently liberals who are looking for love list on their profiles that they like yoga, museums, and crying.

Conservatives, on the other hand, are fans of the shooting range, hunting, and wineries. (And, hopefully, laughing.)

The survey also found that 50 percent of people are unwilling to date someone with a different political belief than themselves--a percentage which has been steadily increasing since 2008. The findings come from analysis of 190,000 profiles on the site of people who joined in 2016 and indicated whether or not they were a liberal or a conservative.

While it's fun to laugh at someone listing "crying" as an interest, it's upsetting at how dating is apparently growing increasingly partisan. I've written about my (less-than-ideal) experiences with online dating, and I've received flak for my political views from potential partners. Political views don't define a person as a whole, and any mature human can and should be able to work with or date someone who doesn't necessarily mesh with every political leaning. It's not wise to dismiss an entire segment of the population without even taking the effort to know them. Being in a bubble isn't always a good thing.