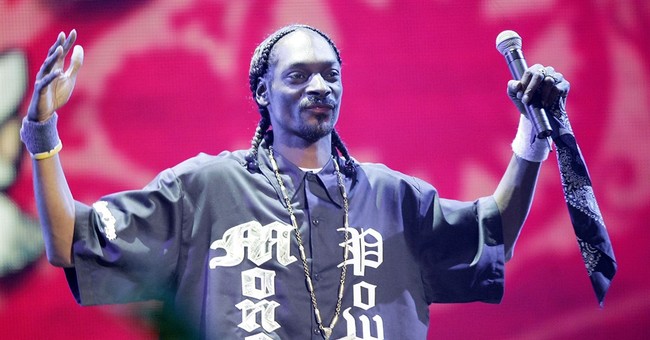 Rapper Snoop Dogg will play a big role in helping the Democratic Party come together after a rough primary season: he's headling an actual party at the Democratic National Convention. Snoop will perform at the "Unity Party" at the DNC for Democratic donors on the closing night of the convention.

He will be joined by the band Los Lobos. Snoop Dogg endorsed Hillary Clinton last year, but in the past has been partial to Republican Ron Paul due to the candidate's stance on marijuana legalization. The rapper said he wanted to see a woman as president and thus would be voting for Clinton.

Snoop's political engagement comes a little over a year after he announced his Clinton co-sign. "You know I like to be politically correct, but sometimes I’m politically incorrect,” Snoop said on Bravo's Watch What Happens Live in May 2015, a month after Clinton announced her bid for presidency.

The DNC kicks off on July 25 and lasts until July 28. The convention will take place in Philadelphia. Clinton is the party's presumptive nominee, but challenger Sen. Bernie Sanders (I-VT) has not yet suspended his campaign.